It’s almost universally accepted that one of the most effective upgrades you can make to your bike is to swap out the standard wheels for some lighter and deeper carbon rims. Not only will you likely improve the quality of the ride, you’ll also improve your speed, whether on the flat (deeper rims are more aerodynamic) or uphill (carbon is lighter than alloy).

The trick, for many, is to try to find a wheel that improves all-round performance: deep enough to provide a little extra speed on the flats while light enough to not hamper progress when the road points upwards.

Parcours is a relatively new entrant into the crowded bike wheel market, with a selection of wheels ranging from lightweight climbing rims to full-on time trial deep sections and discs.

I’ve ridden the ‘Chrono’ package of 90mm front and disc rear on my Giant Trinity time trial / triathlon bike with good results. But for this review I’m focusing on the Passista rims, set up for disc brakes (and, for this review, run as clinchers although they are tubeless-ready).

Parcours manages to make its wheels available at a low price (£859 for a pair of the 56mm-deep Passista wheels, including through-axle skewers) by sourcing them from the Far East, often referred to as ‘open mould’ (i.e. the rim shape is not their own proprietary design).

This is often sniffed at by some wheel ‘connoisseurs’ (for sure there is no lack of cheap nasty Chinese rims on the market), but perhaps it’s wise not to jump straight to conclusions.

The rims are 56mm deep with an internal width of 19mm (edge rim width 25.5mm), making them a good match for 25mm tyres (I haven’t personally tried 28mm but know those that have and like them).

Both wheels are laced with 24 Sapim CX-Ray spokes in a two-cross pattern. For a front wheel, that’s a few more spokes than some of the more expensive brands use.

The hubs feature six-bolt disc rotor attachments. I have to admit that, having used the newer Shimano centre-lock disc fitting system, I would have happily paid a little extra for that, but the six-bolt system works fine in practice and probably gives you more options when it comes to picking your disc rotors (not included in the £859 price).

Not the lightest money can buy you, but very reasonable for the price point.

The wheels went onto my Giant TCR Advanced Pro 0 Disc, which comes as standard with Giant’s SLR-1 wheel system. Interestingly, when swapping the wheels I weighed the two fronts against each other. Despite the Giant SLR-1 front wheel being 30mm deep against the Parcours’ 56mm, the Passista was only 15g heavier (both wheels fitted with disc rotors). Impressive.

Let’s not beat about the bush. The Passista wheels are fast on the flat. Noticeably faster than the Giant SLR-1 standard wheels they replaced on the TCR. And so they should be, with the generous 56mm deep profile. And while we’re at it, let’s also appreciate that they look so much more aggressive than the standard hoops (and we all know that looking fast is the key to going fast).

Compared to other similarly-deep wheels that I’ve ridden, I would say that the Passista front wheel is slightly more vulnerable to strong side gusts (the light front end of the TCR possibly playing a part in this, as well). It’s not bad by any means, but it might initially be a little unnerving to someone not experienced with riding deeper rims. Just something to be aware of.

You can’t escape that the Passista wheels are a tiny bit heavier than skinnier rims, so the trade-off of the extra speed on the flats (and, of course, the downhills too) is the weight penalty on the climbs. The significance of that weight penalty depends greatly on how much the extra 50-100g compares to the overall weight of you plus the bike (the small-frame TCR with SLR-1 wheels weighs in at 7.8kg, you decide!).

I managed to set a new PB up Formentor (Pollenca) side using the Passista wheels (my previous PB on the same climb was on the same bike with the lighter SLR-1 wheels). I think that demonstrates that, as long as the climb is not so severe that you can’t maintain a half-decent speed, you still gain more from the aero advantages than you lose to the weight.

It’s worth a quick mention of how sure-footed (when shod with Vittoria Corsa 25mm tyres) the Passista wheels are downhill. Whether it was fast 70kph+ descent or a more technical hairpin-laden run like Sa Calobra, I always felt supremely confident descending on the Passistas (the disc brakes help, of course).

I don’t have an extensive experience of riding lots of different wheels (I have ridden Zipps and Enves, plus all sorts of OEM wheels, but not every flavour out there), but I was very pleased with how the Passistas performed.

For the money, I’m not sure there’s anything out there that can match them (I’ve previously tested – and liked – the Spin Industries Fat Boys, but they are £200-odd extra).

Obviously, this isn’t a long-term test and I can’t yet comment on the longevity of the hubs or spoke tensions, but so far everything seems very good (maybe not the loudest click from the rear freehub, but you’re not paying Chris King hub prices!).

Parcours are stocked by Race Hub in Leicester if you fancy giving their wheels a closer inspection. Otherwise, head to parcours.cc for more information. 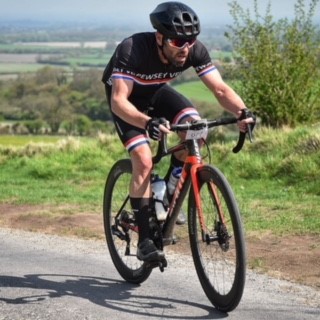